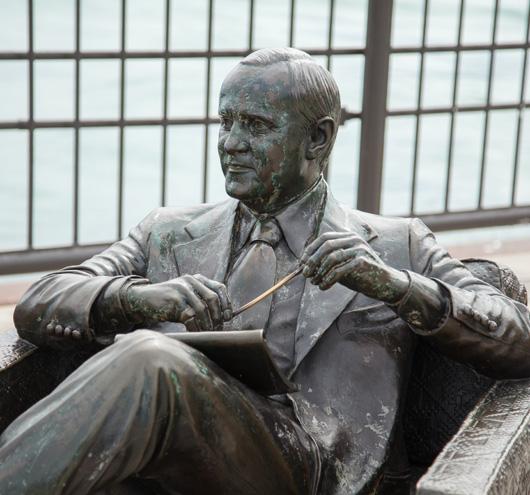 Bob Newhart’s famous deadpan style has had a tremendous impact on the world of comedy. An alumnus of Loyola University Chicago, Newhart credits his Jesuit education for his ‘somewhat distorted way of looking at life.’

Newhart found fame through his comic routines featuring imaginary telephone conversations with historic figures. As Dr. Robert Hartley, the stuffy, conservative, psychologist, he introduced his renowned album The Button-Down Mind of Bob Newhart. This became a worldwide bestseller and remains one of the most popular comedy albums of all time.

Bob invites you to sit upon his couch and chat. But he offers this comfort warning: ‘It may come as a surprise to you, but bronze is not as soft as it looks!’